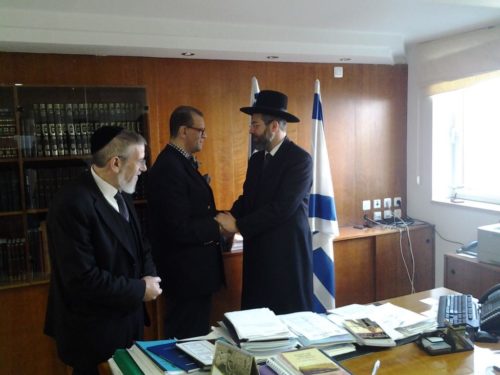 Our Ambassador, Canon White, has been working in Israel for over three decades. He has links with the Orthodox Jewish Community as well as with various churches in Jerusalem. He is also the Vice-President of the Israel Trust of the Anglican Church. He has been involved in extensive reconciliation work here, including negotiating the release of hostages and terrorist demands during the siege of the Church of the Nativity in 2002. Canon White is also opposed to the Boycott Divestment and Sanctions (BDS) movement against Israel and invites pro-BDS individuals opposed to the State of Israel to visit the country in order to persuade them of the importance and positive influence of having Israel as a Jewish state in the Middle East. He also runs an annual School of Reconciliation in Jerusalem.